For centuries, a majority of people have turned to natural treatments and home remedies to fight common ailments such as toothaches, colds, and upset stomachs. According to a 2009 report from the NCHS (National Center for Health Statistics), approximately 45 out of 100 adults have used some form of alternative medicine or remedy.

Although the notion of natural treatments is appealing to some people, not all such remedies are safe and effective. In fact, some vitamin and herbal supplements don’t even meet the safety standards required by the FDA. Because herbal supplements use plant ingredients, the food and drug administration considers them to be food. Therefore, the manufacturers who produce these supplements are not required to follow the manufacturing and labeling laws or perform clinical trials required for over-the-counter and prescription drugs. What’s more, some of these products may interact with medications and cause potential side effects. That’s why health experts recommend consulting a doctor before trying any home remedy.

Here’s the lowdown on whether some common natural remedies actually work.

Probiotics, or live bacterial cultures, are “friendly” bacteria. These organisms may be a great defense against the “bad” or “opportunistic” bacteria that can occasionally overcome a person’s immune system, causing infections and auto-immune diseases.

Probiotics generally come in the form of dairy products like yogurt, dietary supplements, and fermented foods. These products contain different strains of probiotics that are part of the healthy intestinal flora. There is some evidence to suggest that using probiotics with Bifidobacteria and Lactobacillus can treat infectious gut ailments caused by bacteria or viruses in children.

Eczema or atopic dermatitis is an itchy, rash-like condition that mostly affects the skin of babies during their first year of life. An allergy to certain foods, animal dander, household products, or stress often triggers the condition.

Some studies have demonstrated that primrose oil may soothe the itching of eczema, but the results have been mixed. Evening primrose oil is rich in key minerals and essential fatty acids, which help the body grow and develop. However, using it on irritated skin may not be enough as there are better alternatives available on the market, such as a corticosteroid cream or a good cream moisturizer.

Several studies have proposed that cinnamon can control fats and blood sugar levels in the blood. However, the outcomes of these studies and clinical trials have been mixed.

According to a 2009 study published in the journal Diabetic Medicine, 58 people with Type 2 diabetes were randomly chosen and asked to take either a placebo or two grams of cinnamon for more than eight weeks. The study found that blood sugar levels among those who took cinnamon dropped by 0.36 percent. 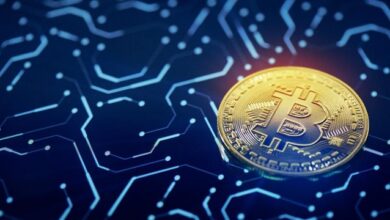