Have you ever thought of connecting everyday dumb items together to make them smart? Well, up to this point, almost everyone has, and in fact, most of us know how to do it. The Internet of Things (IoT) is a way of doing it. The automation and integrated networks have the potential to make room for another industrial revolution that will take us into another world.

We do not increase connections just to feel connected, but we do it to make systems more efficient. We wish to ensure that things respond by sensing the positive or negative feedback. For example, an air conditioner turns off by itself when it reaches a specific temperature.

If we introduce the use of the internet into such systems, we can make them much more efficient.

Just consider turning on your room lights before entering the home or switching on your coffee maker before you have even reached the kitchen. Wouldn’t it be too much fun and easy? It can save us a lot of time and effort. And, this is what we call the Internet of Things, or IoT.

You will come across many definitions of the Internet of Things (IoT) on the internet. However, if we look at it deeply, we can say that it is a source connecting digital networks and devices such as smartphones and computers with one another – and with the internet.

In this regard, there is one super important thing – a good internet connection. Before you finally attempt to connect your devices, you need to make sure that your internet is good enough. You can check out spectrum internet packages and get a subscription.

Are Smart Devices an Application of IoT?

There is a fair chance that you are employing the Internet of Things without even knowing it. Wondering how? Let me explain. If you have a smartwatch on your wrist right now, you’re employing IoT.

It’s true that smartwatches operate on the same principle. They connect with your mobile phone and give you information about your heart rate, calorie intake, blood pressure, your walking schedule, and whatnot. They have small and efficient energy sensors with appropriate hardware for reading and measurement. With the help of the internet and software, they collect the data and organize it.

Many companies such as Google, Apple, Samsung, and others are striving to introduce the Internet of Things into our daily lives. And they have been pretty much successful in doing so.

Let’s move a step further into this. You might have heard about the fleet management systems or software, and there is a great possibility that you have used them too. It would be surprising for you to find out that these systems and software also work on the Internet of Things principle.

The fleet vehicles have certain sensors that help to connect the vehicles with their managers and drivers. In this way, the manager and the driver both have all the relevant information about the vehicle’s status, operations, and needs.

Now when we have pretty much experimented with IoT on a smaller scale, let’s get moving to bigger and better things. The ever-increasing traffic on roads is a severe concern for the management as well as for the general public. It’s exhausting when it takes you about an hour just to reach your office – which is apparently not too far from your home.

Keeping the current traffic status in mind, the scientists have been able to devise out a system through which our mobile phones, employing the IoT, collect data and inform us about the current status of traffic at a particular route – so that we may avoid it.

Not only this, but it also updates us on an alternative route that would not be very rushed. In this way, we can reach our destination in a relatively lesser time.

Conservation of Energy by Using IoT

Following our quest to conserve non-renewable resources such as electricity and gas, we are employing IoT. Finally, we have intelligent energy meters and sensors that allow monitoring and control of electricity consumption and production.

In this aspect, the Internet of Things is allowing us to establish a network between the service provider and the user. Hence, we can obtain an enormous amount of information for the timely detection of any faults and their subsequent repairs.

By employing IoT, we can also check the consumption patterns of certain areas and the best possible ways to adjust energy expenditures. We can plan out a strategy to overcome such problems.

In my opinion, there isn’t a household or workplace where we are not using the Internet of Things. The problem is that we are not quite aware of it. However, if we focus our attention on it, we can come across a reasonably accurate system in the field of health, technology, city management, and others. IoT can help us in the efficient management of energy consumption, waste management, agriculture, and everything that helps humans in the longer run.

With the evolution of faster internet connections and better yet economical spectrum internet packages, IoT has finally come home! Maybe we need to start from the smaller things rather than looking for IoT on a larger scale.

Why Should Women Try for Fashion Designing as Profession? 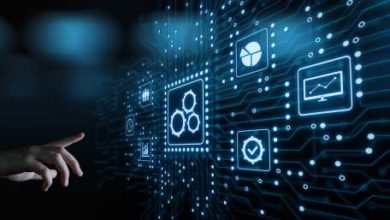 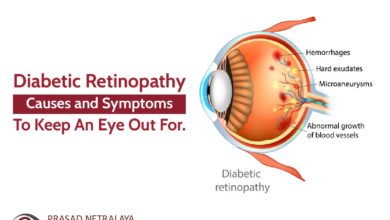